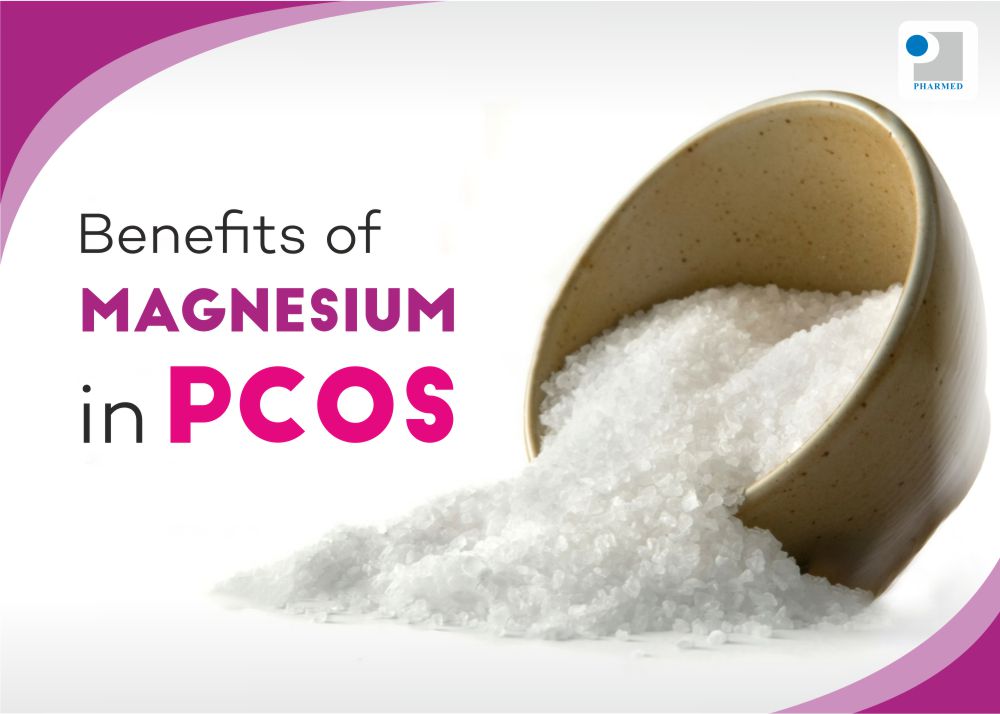 Polycystic ovary syndrome (PCOS) is one of the most common endocrine and metabolic disorders in women. It is defined by a combination of signs and symptoms of androgen excess and ovarian dysfunction. The causes of this disorder remain largely unknown, but mounting evidence suggests that PCOS might be a complex disorder with strong environmental influences, including diet and lifestyle factors. PCOS is frequently associated with, lack of insulin functions, obesity, metabolic disorders, and cardiovascular risk factors.

The clinical and biochemical features are heterogeneous in PCOS with majority of women are overweight or obese. 1 in every 10 women suffers from PCOS worldwide with up to 36% of adolescents in India are the victim of this disorder.

Correlation between hyperinsulinemia and hyperandrogenemia:

Why focus more on insulin resistance:

Several studies found subclinical magnesium deficiency (SMD) in this set of populations. SMD in turn leads to a lack of vitamin D absorption, transportation, and pharmacological actions. Both magnesium and vitamin D has a potential role as an insulin sensitizer, and in managing metabolic abnormalities along with hyperandrogenemia. It has been well established that, in PCOS women, magnesium deficiency found to be in the range of 14.5% to 81% and vitamin D deficiency in the range of 67%-85%. Deficiencies of both these nutritional factors hamper insulin action, metabolic control, and androgen control in PCOS which further viciously affect mainstream therapy outcomes.

Various studies concluded the benefits of Magnesium in PCOS as below:

Magnesium is crucial in increasing vitamin D levels and its actions. Of note, magnesium alone exerts its benefits on insulin resistance, metabolic control, and androgen excess. So, supplementing magnesium in PCOS not only improve vitamin D level and actions but also magnifies outcomes of existing mainstream therapy. Therefore, as evident from various studies, magnesium and vitamin D should be recommended as an adjunct therapy to existing primary therapy in PCOS for magnified clinical outcomes. Consult a doctor before starting any type of supplementation.

Disclaimer: For further information, contact your treating physician/doctor. The information provided here is not a recommendation for the treatment of disease. Please consult your doctor before starting any remedies.